Inside a baroque chapel, multiple combinations of constellations await hidden in the darkness. Fifty suspended and different sized huajes hide a double secret waiting to be revealed by the visitors.
After crossing a little threshold, the touch of the buttons below each of the suspended Leguminosae can turn darkness into light. After the click, tiny lights near the ceiling are switched on together with a sound. Visitors have the choice to switch on and off the huajes as they wish, the created dynamic composition places them under a starry noisy sky.
The sounds that compose this interactive installation are part of the sonic imaginary of a group of blind citizens from Mexico City. Sounds from present and past time, from the capital of the ancient Aztec empire and the contemporary capital: crickets, the roar of a dinosaur and a wide diversity of musical instruments such as the cello, the castanets, the marimba, a rainstick… each of them is the sound of an imagined city, the sounds of the city as it is perceived and dreamed by those who inhabit it guided by their ears, instead of their eyes.
This piece was part of the collective exhibition “Un mundo en común” (A common world) presented at Ex Teresa museum. It was born during a collaborative creation workshop with participants from the Escuela Nacional para Ciegos, who reflected on the role of sound in their daily life, and on their way of being and moving around the city in their shoes.
Text by Ana Cecilia Medina 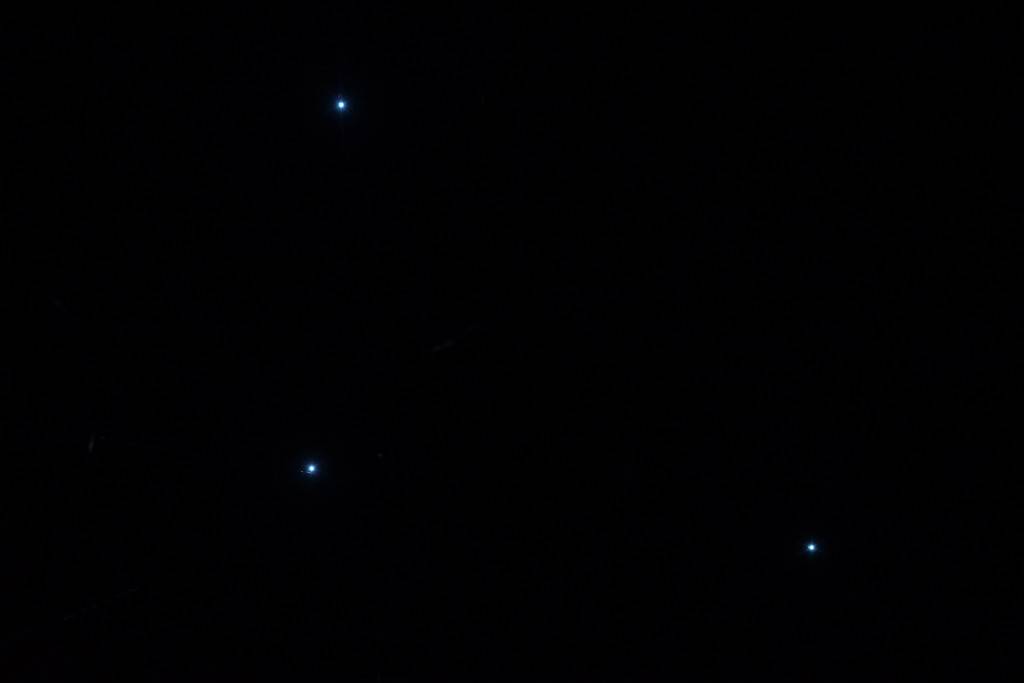 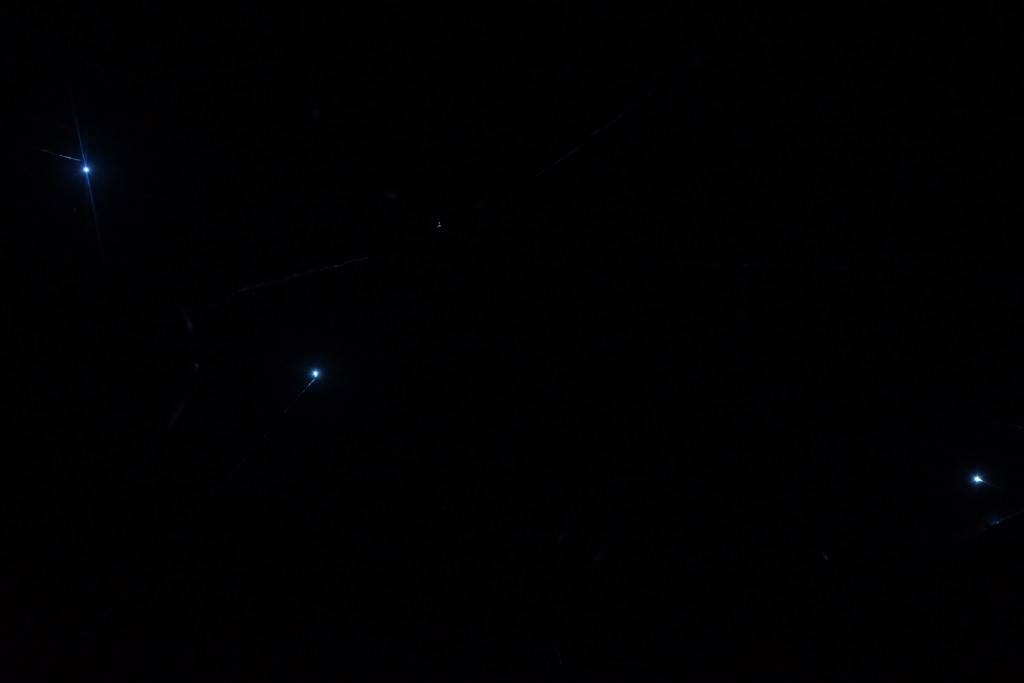 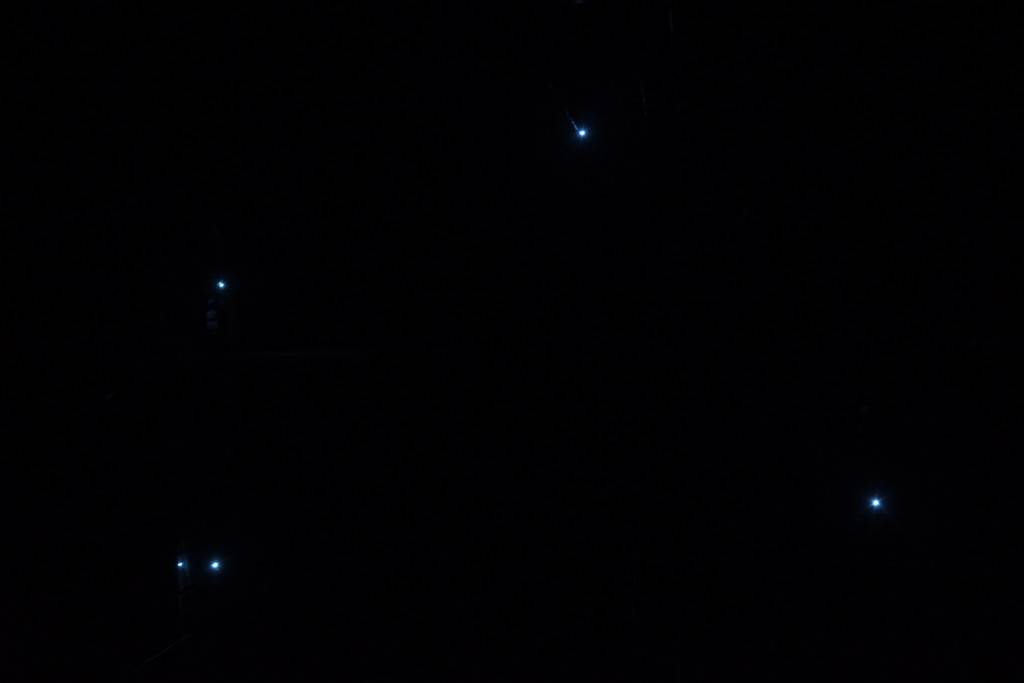 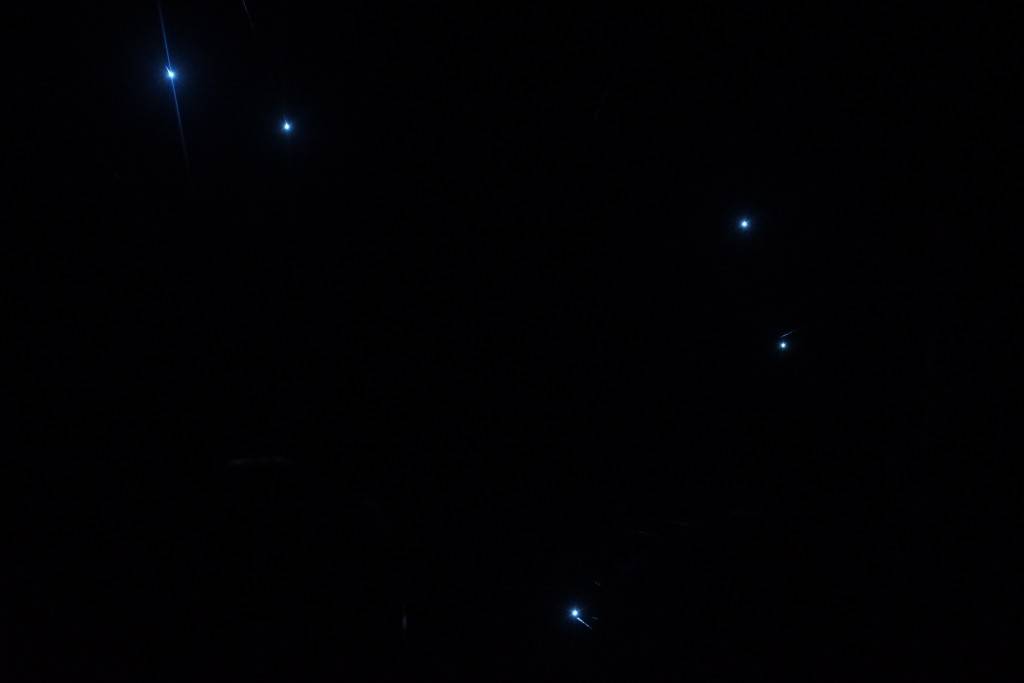 Invisible City 6 (all the 50 sounds together) 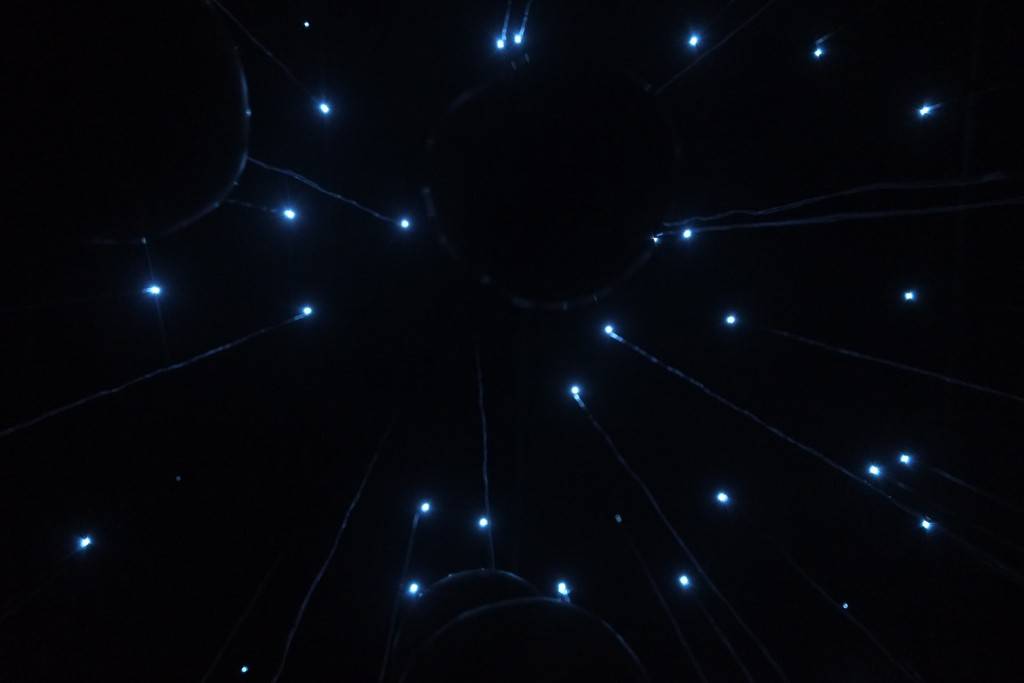