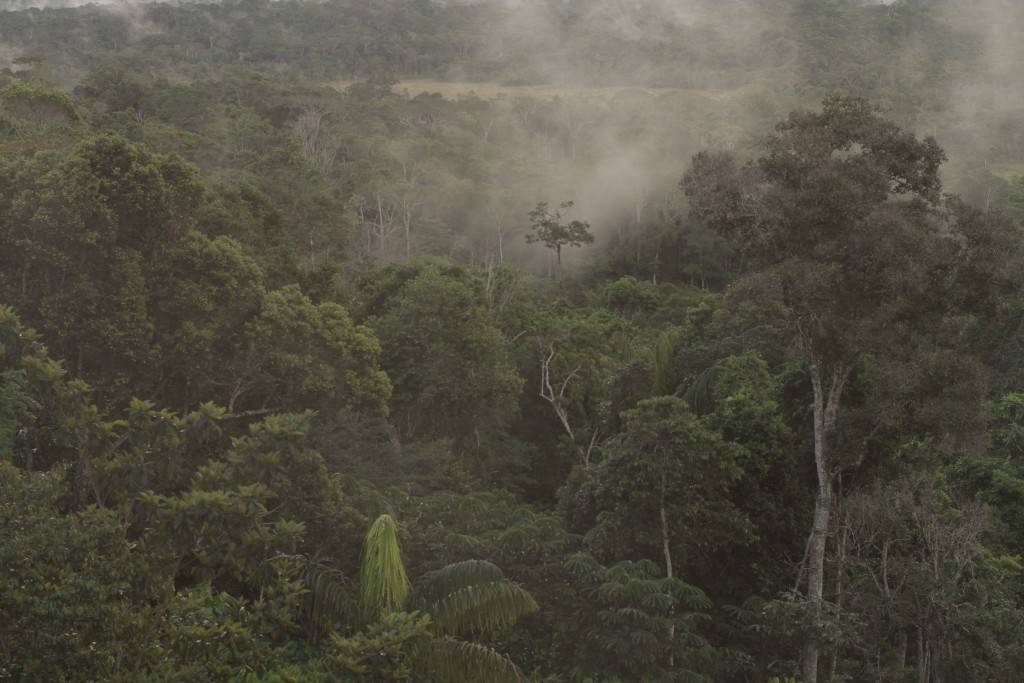 Three men advance through a noise-filled forest, surrounded by tapirs, nutria and toucans: on the high Amazonian plateaus, Pierre, a Franco-Venezuelan doctor, tra- vels from camp to camp to treat the gold and diamond diggers. Trained as a director of photography, Adrien Lecouturier gives each sequence a unity, a nugget patiently extracted from the friable block of filming that one imagines is physically trying. Although the fight against malaria calls for systematic disinfection of the camps, Pierre’s consultations are essentially face-to-face talks about physical and mental cracks, dependency on alcohol or on the “stone”. Getting the locals, who are men of few words, to open up seemed an impossible feat, but he lives in the region and we can hear in his discreet questions that an inseparable link ties him to his patients. “In the depths of the miners’eyes,Pierrefindsasparkthathehasknownwell”,writesLecouturierinhis director’s statement. “His father was a gold digger, a miner like many of the locals, before marrying an Indian woman from the Apure lowlands, having a son and re- turning to Europe thanks to his pot of gold and diamonds”.
(Charlotte Garson, Cinéma du réel 2013)